Of course, you would have heard of the adage “Age is just a number”, but haven’t you wondered who exactly falls into the “old age” and “elderly” category?

In general, it is all about perception; and according to studies, perceptions of the onset of old age vary widely among different generations.

Let us take Millennials, for example; this generation feels that you are old once you turn 59. Gen Xers, on the other hand, hold a slightly more generous view, saying that old age begins at 65. If you ask a baby boomer or someone from the silent generation, they tend to agree that you’re not really old until you turn 73 years of age.

So, what makes you a senior citizen?

While a universally accepted standard regarding the age at which people become senior citizens has not been set, most Western industrialized nations consider a person an older adult at the onset of age 60 or 65. This also the age when most Americans retire and become eligible for financial assistance programs based on age.

Traditionally, the “elderly” are considered to be those persons age 65 and older.

Age definitions tend to be widely varied. We know that some places offer senior discounts or memberships to people who have just hit 50, but when it comes to social programs like Medicare, these are available to older citizens of age 65 and above.

When Does Old Age Begin?

Old age marked the final stage in the human life cycle, meaning that you were old when you were approaching the end of your life. The problem with this old age definition is that no one can be certain of death and what might be the “approach of the end of life“.

Also, now the average human’s lifespan is much longer than it used to be: When Social Security began in 1935, the average life expectancy in the U.S. was 61 years. At present, it’s closer to 80.

Increased longevity is not just an American phenomenon. A 2017 study in The Lancet found that life expectancy was projected to grow in every one of 35 developed countries, albeit at different rates. The study concluded that by 2030, the majority of women in South Korea will likely have an average life expectancy of over 90 years.

Of course, advancements in science and better access to quality health care is the major reason why life expectancy is on the rise.

So if the definition of “old age” depends on the average length of people’s lives, what age is considered “elderly?” When do middle-age end and old age begin?

According to a Stanford economics professor who looked at mortality rates for different age groups through time, American men today would be considered middle-aged until they reach about age 60 (up from around age 44 in 1920) and women wouldn’t leave middle age until 65 (considerably later than age 48 like in 1920).

Similarly, John Shoven, the Stanford economics professor we mentioned, also suggested that an elderly definition could include adults whose chances of dying within the next year are four percent or more.

As you can see, there’s no simple answer to the question of who is an “old person”. However, as we need to get a clearer idea of the concept, let us rely on the basis of three commonly accepted ways to define old age:

The factors that help determine old age are as follows:

You may also like Guardianship vs Power of Attorney for Elderly

Let us explore how these aspects help determine whether a person has entered his senior years.

Your date of birth is an indicator of the number of years that have elapsed since your birth. However, a specific age does not mean that you are officially old as they seem to differ in many cases.

For example, you can avail of the Medicare benefits only at age 65, there are many senior discounts which are aimed at adults aged 55 or 60, and as for the American Association of Retired Persons, the association starts accepting members who have turned 50 years of age.

As per Social Role:

As per societal standards, you are an older adult when your children become adults, or you become a grandparent, or you are no longer an employee working for an employer and a paid workforce.

In some places, you are considered to have reached old age when you are physically unable to perform physically strenuous tasks and instead take on more of a managerial role in the household.

As per Physical or Health Status:

Grey hair, wrinkles, physical frailty, or mental decline are mostly associated with the aging process. You would be familiar with the popular saying “You’re only as old as you feel”, it probably has roots in this very perception of human beings and their physical appearance.

Cultural differences also differ in their interpretation of elderly or older adults.

For instance, a report in Geriatrics and Gerontology International found that many Japanese people believe that the term “elderly” should be reserved for those who are dependent on others for their daily functioning.

What we are saying is that it is not just government systems, people all around the world have different ideas about what elderly age is or when old age begins.

To clarify the point, a survey by Pew Research Center found that younger adults in America, aged 18 to 29, believed that a person becomes old when they turn 60. However, when this same question was asked to those over 65, they said that a person does not get old until his or her 74th birthday.

Again, the same survey found that only 35 percent of people over age 75 said they felt old.

This is what we mean when we say that age is heavily a matter of perception and that it differs from generation to generation and across national boundaries and different cultures.

Now, let us explore some of the American government programs and the age requirements they have set down in order to qualify for the benefits.

The Fair Labor Standards Act is the federal law that establishes minimum wage, overtime pay, recordkeeping, and child labor standards concerning full-time and part-time workers in the private sector and in Federal, state, and local governments.

As a general rule, the FLSA sets 14 years old as the minimum age for employment and limits the number of hours worked by minors under the age of 16. The rule is in place to guard the interests of the minor children in the country.

Social Security is the term used for the Old-Age, Survivors, and Disability Insurance (OASDI) program in the United States. It is run by the Social Security Administration (SSA), which is a federal agency.

While the SSA provides retirement benefits, it also ensures that the eligible people have access to survivor benefits and disability income.

We have to say that the Social Security benefits play an important role in controlling poverty in American states, and according to reports, this federal program is responsible for ensuring more Americans stay above the poverty line than any other program.

Now, when it comes to benefits and financial assistance provided by Social Security, you can receive financial help based on your earnings record if you are age 62 or older, or disabled or blind, and have enough work credits.

If you want to apply for SSI, it is for people who are 65 or older, as well as for those of any age, including children, who are blind or who have disabilities.

To qualify for this program, you must meet all of the following requirements:

Other factors that may affect your eligibility for supplemental security income are the following:

The national longing for longevity is reaching peak levels. Researchers who have done their work tell us that 90 is the new 50. To top it all, medical advancements and products being created to make older people look and feel like younger people are on the rise.

On that note, we believe that it is time to go back to the adage you are only as old as you feel!

We hope that we have addressed your concerns in this article. Do feel free to add your suggestions in the comments below! 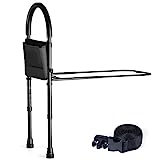