Pedialyte vs. Gatorade: which one is better for hydration among seniors? I will try to answer this question in this article.

Hydration is an essential aspect of staying healthy at one age. However, there are ample studies to prove that elders do not drink enough water, and one-third of our older generation may be suffering from dehydration.

As per medical experts, a sufficient level of hydration, if not maintained, can lead to significant health issues, especially among older people. Also, an older adult suffering from dementia or Alzheimer’s is usually at a greater risk of suffering from dehydration.

However, a significant issue associated with dehydration is that its symptoms are subtle and can be pretty similar to the aging symptoms. Also, dehydrated seniors who suffer from dehydration and get a stroke, as a result, may even face impairment afterward. However, many people do not take hydration seriously and are unsure how much water to drink to remain hydrated.

Though there are many different ways to do so, replenishing drinks, designed especially for maintaining the electrolytes in the human body to prevent dehydration, are the best. To learn more about the importance of electrolytes in our body, do watch the video below:

What Do Electrolytes Actually Do?

You may also like Best Non Plastic Water Filter Pitchers

Pedialyte and Gatorade are two of the most popular rehydration drinks available in the market for the said purpose. Both these drinks contain fluids and electrolytes, and several essential minerals to give back the lost energy to the body after losing out on the water.

All these ingredients present in these drinks prevent the effects of dehydration and also rehydrate the human body at the same time. Now, the question is, which one among these two rehydration drinks is better? In this article, we will try to find out the better one between Gatorade and Pedialyte.

What Is Dehydration, and What Are Its Causes?

Dehydration is a medical term given to the condition concerning the heavy water loss in the human body disrupting the body’s normal functions. Well, this takes place when a person is losing more percentage of water than they are consuming. Now, dehydration among seniors is quite challenging to recognize.

The reason is that common symptom, such as wrinkling of the skin or sagging skin is already predominant among seniors and cannot be easily identified or differentiated. Well, this is the reason why dehydration is commonly witnessed among seniors. However, it is essential to recognize these symptoms early to avoid major health issues among seniors.

You may also like Best Water Filter Pitcher For Lead Removal

What Harm Can Dehydration Cause?

Dehydration causes significant health issues among seniors. These are:

Symptoms of Dehydration in Elderly People

The following is a list of symptoms that are seen among seniors.

To understand hydration better, do watch the video below:

Recommendations on hydration for older adults - Nutrition UP 65 project

Pedialyte is a product used for replacing fluids and minerals that are lost due to vomiting, diarrhea, or dehydration. It is manufactured by Abbott Laboratories and was invented by Dr. Gary Cohen of Massachusetts. The product helps prevent the loss of body water. Initially, it was designed for young kids falling ill due to dehydration.

The product can quickly meet the requisites mentioned by the American Academy of Pediatrics on the nutrition quotient among kids. It is lower in sugar than most sugar drinks and contains sodium and potassium compared to other beverages.

However, it is devoid of sucrose, as it can make diarrhea worse as it draws water into the intestines, thereby worsening dehydration. You can find many athletes also consuming it as an alternative to sports drinks for hydration purposes.

Pedialyte uses artificial sweeteners, such as acesulfame potassium and sucralose, when it comes to flavored drinks. It has become a favorite among adults seeking an effective remedy for hangovers.

Since the year 2012, there has been a 57 percent increase in usage among adults. You can take this product through the mouth and in the quantity as directed by your doctors.

You may also like 90 Year Old Not Eating or Drinking

Side Effects of Pedialyte

Though the drink is fantastic and even similar to the rehydrating drinks as prescribed by WHO for cholera or rotavirus, such as New Oral Rehydration Solution, it has its share of side effects as well:

Precautions To Observe While Consuming Pedialyte

Here are some precautions which you should observe while consuming the Pedialyte:

Gatorade is a drink designed to replace lost electrolytes and carbohydrates in the human body while hydrating the body at the same time. However, over time, doctors started prescribing it for seniors suffering from dehydration.

It was developed in 1965 by Robert Gare, who led a team of researchers. Initially, it was designed for student-athletes at the University of Florida who were often getting ill due to excessive exposure to heat. PepsiCo currently manufactures it.

Gatorade’s original version is based on oral therapy. It involves a mixture of sugar, water, and salt, citrus-based flavors, and food colors. There are different compositions of Gatorade depending upon the country it is sold in.

Gatorade Thirst Quencher, a variety of Gatorade, comprises sucrose, water, citric acid, sodium chloride, dextrose, and sodium citrate. It is sweetened while using a mixture of sucrose and dextrose.

The presence of these sugar, calories, and sodium in the Gatorade products has questioned these products in many nations. In the year 2012 January, PepsiCo finally admitted to removing brominated vegetable oil from its products in the USA.

Side Effects of Gatorade

Though Gatorade is sold as an enhancement drink after exercise, there are some side effects of consuming too much glass.

Precautions To Observe While Consuming Gatorade

Here are some precautions which you should observe while consuming the Gatorade:

You may also like How Can Seniors Increase Their Energy Levels

As both Gatorade and Pedialyte are rehydration drinks, the primary function of both these drinks is to treat dehydration. Due to the presence of a high electrolyte, both these products are more successful in curing dehydration than water. It might sound surprising, but it is true. Electrolytes are nothing but necessary minerals that are required by the human body to perform several actions.

When someone gets dehydrated, the body loses electrolytes along with water. Gatorade and Pedialyte have a certain amount of sugar, water, and essential minerals such as potassium, sodium, and a few others.

Though both the products have similar functions, there are dissimilarities between the rehydration drinks; Pedialyte is nothing but an Oral Rehydration Solution in short ORS. This product is known to reabsorb the necessary fluids more from the excretory fluids to treat dehydration.

On the other hand, Gatorade is often advertised as a sports drink. Sports personnel often consume Gatorade to gain the lost body fluid during physical activities. Anyone can consume Gatorade, and it is entirely safe as it will replenish the water and minerals in the body to combat dehydration. Both these brands make several products to fulfill the hydration needs of people.

As previously mentioned in the article that both Gatorade and Pedialyte products prevent all sorts of dehydration, there are few differences between these two products. Both the products differ in terms of nutritional benefits that they offer, and also, the target audience is different.

In the following table, I have made a comparison on the nutritional profile of both 360 mL serving of Pedialyte and Gatorade.

Among all the drinks, Gatorade Thirst Quencher offers the most amount of calories. The sodium and potassium content is higher than the Gatorade product. Pedialyte has no sugar-free options available in the market, whereas the Gatorade Zero product’s sugar content is zero.

But it has also been seen that the electrolyte content is higher, which means the fluid replenishment rate is also higher. A specific portion of people in the market uses both Gatorade and Pedialyte. Pedialyte is used by people of all ages when diagnosed with fever, low-pressure, et cetera. Gatorade is often used to fulfill the needs of a person related to the field of athletics.

You may also like Best Protein Shakes For Seniors

Pedialyte vs. Gatorade: Which is better?

People often look for products like Gatorade and Pedialyte when they are suffering from flu, blood pressure issues, or need to perform better in a particular sport.

You may also like The Ultimate Guide to Aging Well: Diet, Exercise and Health Tips for Seniors

As both Gatorade and Pedialyte are rehydration drinks, you can use any one of them. If you are elderly, it is better to stick with Pedialyte, which is better for treating disease-based dehydration, which is the most common cause of dehydration in senior citizens. Pedialyte can lend you a helping hand in preventing any further stomach issues, which is not in the case with Gatorade.

Also, if you seek a beverage to help you ease hangovers, it is better to go for Pedialyte. The reason is that Pedialyte would not irritate your stomach further.

However, if you are seeking a drink for sports and training sessions, it is advisable to go for Gatorade. It possesses electrolytes as well as carbohydrates which give immediate energy to the human body. Though Pedialyte includes ample electrolytes, it is low on carbohydrates. Also, it is advisable to compare the nutritional differences between the two drinks and then select the best one among the two as per your requisites. 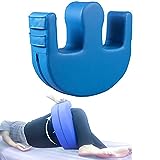